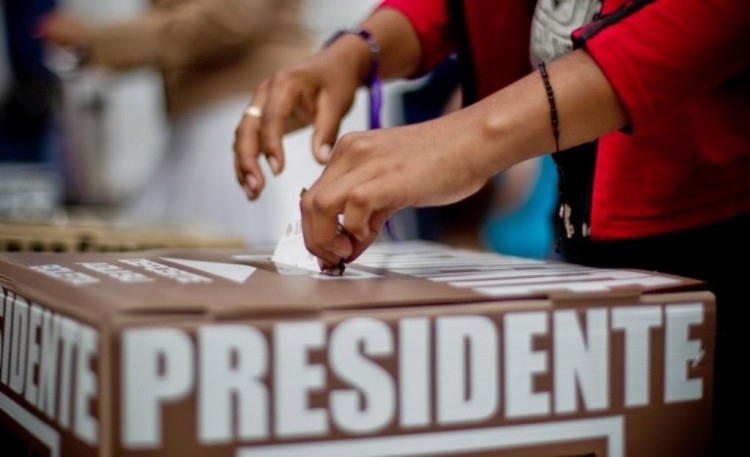 It has been several weeks since I last posted; my two months in Canada passed by as though caught up in a whirlwind. I love the country of my birth, my family and friends who live there. But on Saturday June 30th, I returned to Mexico – the other country and people I love – just in time to vote. Was July 1, 2018, history in the making?

There are 80 million registered voters in the country, and we all knew this would be a decisive election. The advance polls predicted that Andrés Manuel López Obrador (AMLO) would deliver a fatal blow against the established order; and many feared that violence and fraud would be part of the process. I was relieved when I learned that international observers and other watchdog groups were called in. I felt grateful for social media.

Truthfully, for the past few years I’ve despaired over Mexico’s problems – violence, corruption and scandal – in many important ways, this no longer seemed like the country I moved to in 1976. I felt we needed a change in attitude and a different approach to leadership; without this we would be doomed. And I do not write these words as a ploy for melodrama. Economically, it has been increasingly difficult for those of us who live on peso-based incomes. Those of us doing business in this country have been at the mercy of inefficient, often corrupt authorities. While the wealthy, elite class lived in luxury, our quality of life eroded and our currency devalued at an alarming rate. My Mexican family, friends and employees were so discouraged with the never-ending escalation of excess. We agreed that the high-ranking “mafia of power” that has long ruled Mexico had to be sent packing.

“The corrupt regime is coming to its end,” López Obrador said at his final campaign event last Wednesday, “We represent the force forged from  below.”

Along with millions of others, I believe Andrés Manuel López Obrador is the only potentially transformative force in a sea of self-serving bureaucrats and politicians. This is the third time he has run for the presidency.  It is no secret that he believes fraud and intimidation were responsible for his losses at the polls in 2006 and 2012. This time around he stressed the importance of each vote and urged all Mexicans to get out and participate.

Millions listened, including me. I traveled from Canada to be here, and so did my daughter. The Immigration hall was overflowing and many of the people told me that they too had “come home to vote”. Early in the morning my family was waiting in line and we stood there for 2 hours. It was hot but the shade of a big tree shielded us from the sun, and I experienced a feeling of unity and solidarity among my neighbours. We shared chairs and let the elderly move forward in the queue. As each person emerged from the voting booth, nods of approval and smiles lit up their faces.

The entire length of the campaign,  AMLO’s rivals were united in their fear.  During the three official debates, they spent more time criticising Lopez Obrador than they did on explanations of their own positions. The Establishment warns that AMLO’s proposed economic reforms, social policies, and his vow to end impunity and corruption at all levels will be “too much”. His kind of radical change will set the country back even further, they admonish us.

This was Lopez Obrador’s third run for the presidency. I voted for him in 2006 and 2012, and now finally in 2018; he is the clear winner. I believe that AMLO will be able to deliver on many of his promises. He has solid support and a longing for change has been in our hearts for so long. Until now, we did not realise the power of our vote.

I feel honoured and privileged to have voted in this election. There is MUCH work to be done and we need to support our new president. We won’t like everything that he wants to do. But at least, it seems as though most of the constituents are willing to try.  He has put the poor at the top of his agenda – a move that has been too long coming.

If our futbol team can manage to win against Brazil this morning, we’ll feel we’ve gone over the moon and back again. As well, Jorge and I have another happy event to celebrate – our  41st wedding anniversary.

Published by Changes in our Lives

I am originally from Canada but have lived in Mexico since 1976. My husband is from Merida, Yucatan and we raised our family here. We both worked for many years at Tecnologia Turistica Total (TTT), the tourism, language and multimedia college we founded for local and international students. Now retired, we enjoy spending time with family and friends, My other interests include reading, painting, cooking and travel. View more posts

This site uses Akismet to reduce spam. Learn how your comment data is processed.